Technology is progressing on a daily basis. And No, that’s not related to population. What matters more is the innovation and creativity in the technical field. So, that means if I make a pocket television, that is gonna boom in the markets just because it’s creative and handy?

Well, another No. People look for things that benefit them. No matter how stylish or innovative my pocket television could be, they would still prefer any other over that owing to the fact that it is pocket-sized and so, not much entertaining.

We have examples of multiple technological devices that failed to sustain in the market just because of their inefficiency. The designs were no doubt innovative but the people didn’t prefer the much because that wasn’t what they were really looking for.

This is why a company has done a lot of market research before selecting a product they will produce.
Let’s look into some of the epic failures in technology over the years.

Also knows as Beta, Betamax is an analog video cassette magnetic tape recording format developed by Sony in 1975. They had a much better resolution storage capacity than their competitors, JVC’s VHS format. It stayed on top of the charts for over a year.
Betamax was an innovative creation by Sony but would have stayed further in the markets if Sony had agreed to license this technology on a wider scale. In 1984, over forty companies manufactured the VHS format compared to around ten of the Betamax format. Thus, according to the poor management analysis and the cost the company had to bear because of that, Sony had to discontinue this product.
Another important factor was the price which was set very high as compared to VHS which was also capable of recording 3 times the amount of video Betamax could save.

Similar to what we call the 4.0 Surround today, Quadrophonic sound was produced by four individual speakers placed opposite to each other. It was developed in 1971. The concept, received a lot of peoples’ attention and preference as it created a 3D audio which was a spectacular achievement at that time.
Even today, we do not have a perfect sound system. There are certain flaws in all of them when it comes to different audio formats. As for listening to music, there are a very few amount of people that go for 4-way sound. This was also the reason why the hype created by the Quadrophonic sound system was soon, wiped out.
After the Dolby surround sound was introduced, the days of quadrophonic sound came to an end, since the new movies that came, used the Dolby sound.

A television set by Intel? Well, no.

Intellivision was a game console launched by Mattel in 1979. It had amazing graphics and sound quality as compared to its competitor at that time, Atari 2600.

This is a pretty much good amount for this console at that time, but the fact that its competitor sold 10 times the amount, makes us disagree with that.
Atari 2600 was underpowered and still got many times successful than the Intellivision. The sole reason behind this was a failed marketing campaign and an uneasy interface, mainly the controls design which was reported by many of the users as poorly designed.

Cinerama, launched in 1950, was the first widescreen projector format which worked by projecting images from three synchronized 35mm projectors on a curved screen. This was a good and innovative cinema design but it didn’t receive that much appreciation that the developers anticipated for.

The equipment required for making the display possible was expensive and only a few of the cinemas agreed to purchase that. Moreover, the process of projection was also not as easy as it sounds and had many technical problems that were not easy to handle. This is why only around 20 films used that format and so the idea was soon dropped.

Digital audio tapes, introduced in 1987 by Sony, were tiny cassettes that could be used for audio recording. They could record audio better than that on a CD and were entitled to eradicate the standard cassette tapes from the market. The recording scheme was very good and the device could record a 16-bit sampling audio with varying lengths.
A good sound recorder seems to be a pretty good device and you can’t really think of how it soon flushed out of the market. Well, the anti-piracy force is what pushed it out of the market. The music industries got concerned about the piracy matters regarding this device since it could be easily used for that purpose. As a solution to that, Sony was forced to discontinue the product.

Back in 1993, Apple launched its PDA codenamed Newton. The PDA was declared to be the father of all the PDA and had many features over the other standard PDAs but that doesn’t contribute to the fact it was most failed invention ever.
The first thing is the visual appearance of the device which was not so fascinating. Moreover, it also came with an awesome handwriting recognition system that was never right. The price was also set too high for such equipment.
The PDA was anticipated to be a classic instrument but it failed to give that output as it was anticipated for and was hence discontinued by Apple in 1998 due to the poor structural and technical problems.

Laserdiscs were the first home video format and were introduced in 1978. They had a video and audio capacity far greater than that of any VCR, but so was their size like twice in diameter as compared to a normal CD.
Such big disks were hard to handle and were easily damaged therefore. Also, the disks were only read-only meaning you couldn’t record them yourself. Plus their cost and the loud playback sound from the players was what made the people soon let go of these monsters.

QR, short of Quick Response code, is a type of two-dimensional barcode used to record information about an item. They’re better than the standard UPC barcodes since they have the capacity to save a lot more of information as compared to a barcode itself. Originally used in the auto industry, the QR codes are nowadays used in almost all of the institutions that deal with parts and items.
The QR is complicated to understand. Nobody knows what exactly to do with them as the PR of these codes was severely lacking. Without a third-party software, the QR codes are impossible to scan, however the same is not the case for a standard barcode. 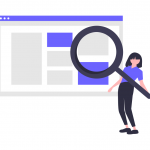 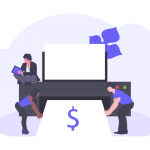 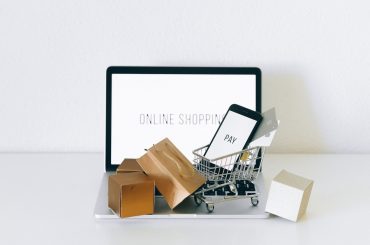 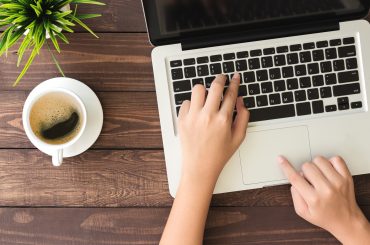 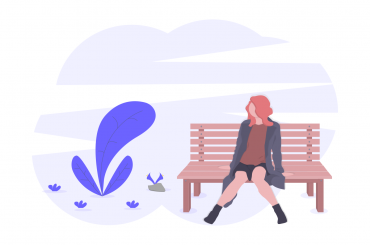